Our night as sponsors of the European Festival Awards 2016 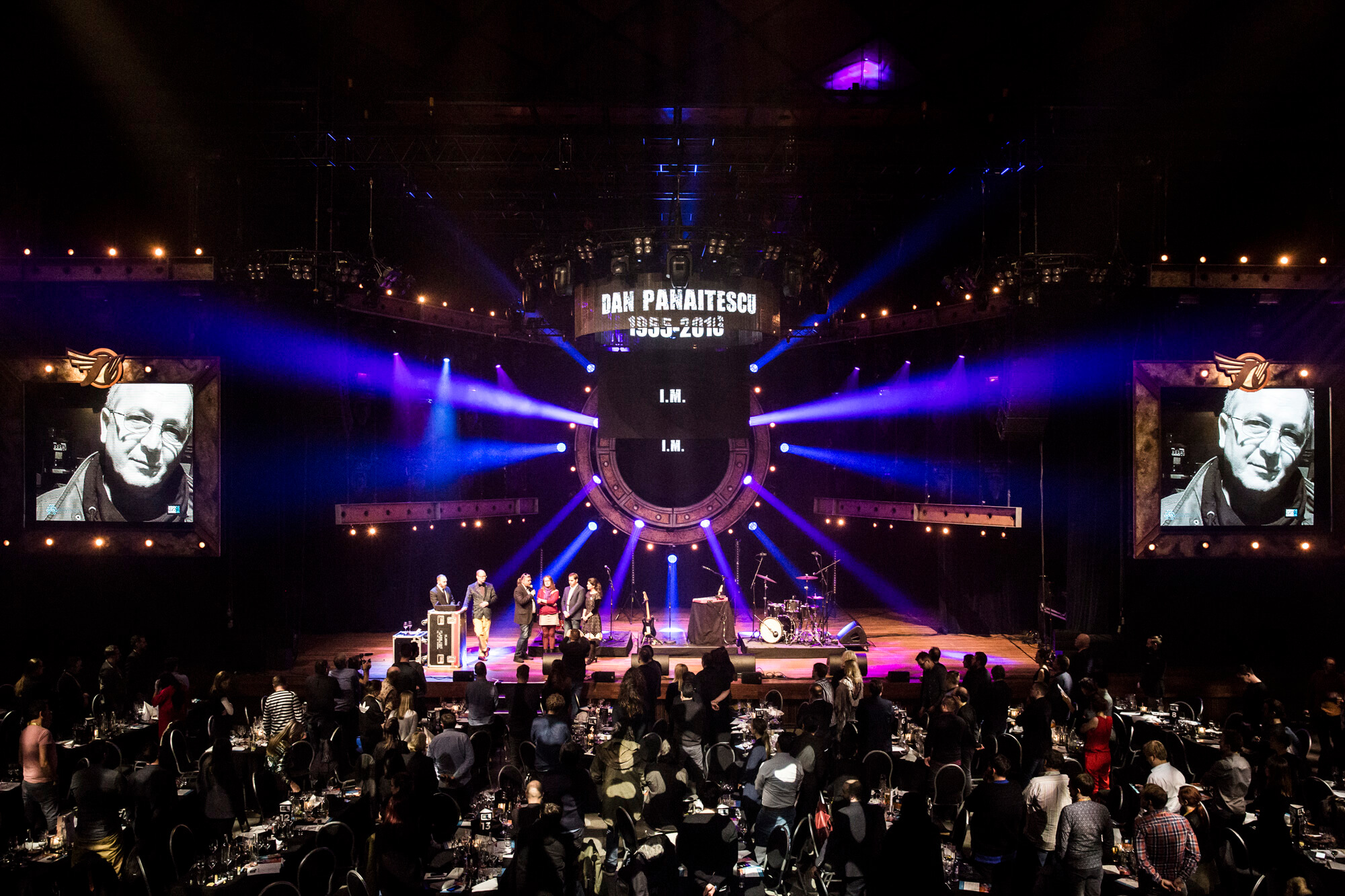 As sponsor and exclusive ticketing partner for the Awards, we were honoured to rub shoulders with some of the best event organisers from across the continent and help celebrate the achievements of hundreds of festivals of all sizes and from dozens of nations.

We arrived into Groningen (the Netherlands) in the afternoon on the back of an eight-hours’ worth of travelling. Our journey - which started at 3am in Leeds (UK), involved two trains, one plane, numerous taxis and more coffees than are sensible - took us to the De Osterpoort theatre where we were managing admissions to the most exclusive event on the opening night of Eurosonics Noorderslag.

Offering hundreds of the world's best festival organisers the chance to relax, network and reflect on their events of the past year, we were delighted to be able to pay homage to their hard work.

After a quick set-up and dash back to the hotel to fix-up-look-sharp, we were on hand to scan tickets and welcome attendees as they turned up for a pre-show drinks reception.

With 16 illustrious awards on offer - including Best Line-Up, Best New Festival, Best Major Festival and Promoter of the Year, which Event Genius sponsored - it seemed that the bar was awash with whispers over wine about who would win.

After an hour, we were invited to take our seats, and found ourselves on tables with representatives from Melt Festival and Primavera Sound.

As the entire room took advantage of yet more drinks from the dangerously free bar (Q. Why does Heineken taste so much better in the Netherlands?), we were treated to a truly delicious gala dinner, which included a Rose Veal dish that our Marketing Manager, Alex Ogilvie described as “the best mass catering food I’ve ever eaten.”

While we ate, we were treated to showcase performances from brilliantly naff glam-rock tribute act, Children of the Revolution, rising acoustic star James TW and indie-pop newcomers Roosevelt, before the serious business of handing out the awards began.

After a brief intro in which the eccentrically dressed hosts explained that each winner was decided via a combination of public votes and industry juries assembled by the organisers, the awards started to get dished out in rapid succession.

Given unlimited time for their acceptance speeches, winners on the night took the opportunity to praise the hard work of their teams and rallied against the rise of populist politics across the continent.

Some special shout outs go to Alter Art Festival, who won our Event Genius' Promoter of the Year award, to Shambala festival, who shared some enlightening data about running a festival only offering vegan food, and to the team at Sziget Festival, who provided a fitting end to the ceremony and evening with a genuinely touching tribute to their legendary booking manager, Daniel Panaitescu, who passed away in 2016.

The full list of winners of the European Festival Awards 2016 are as follows: